Steve Steinbacher and his partner Keith Griffin are bringing Concord and Cabarrus County its first production-scale brewery. Even better, their grand opening is this weekend March 18-20.

“Our laser-focus is to distribute to the 10-mile radius around Concord, which is roughly a population of 190,000 people, and that’s not a static number. If we can sell all of our beer here right in our backyard, we’ll be happy as clams.”

Sound familiar? This is very much the approach taken by John Marrino of OMB and clearly that mentality has yielded exceptional results. Like most breweries, the taproom experience will serve as the primary connection beer drinkers will make to Cabarrus Brewing as it establishes itself in the greater Charlotte beer community. Taproom guests can expect to see a multitude of Gibson Mill historical elements as almost everything from the bar, to the tap handles, to the family style bench seating has been reclaimed from the original building.

Cabarrus Brewing’s grand opening celebration weekend is just two days away, and we wish them a successful and frothy year ahead before welcoming them to next year’s QCBF! 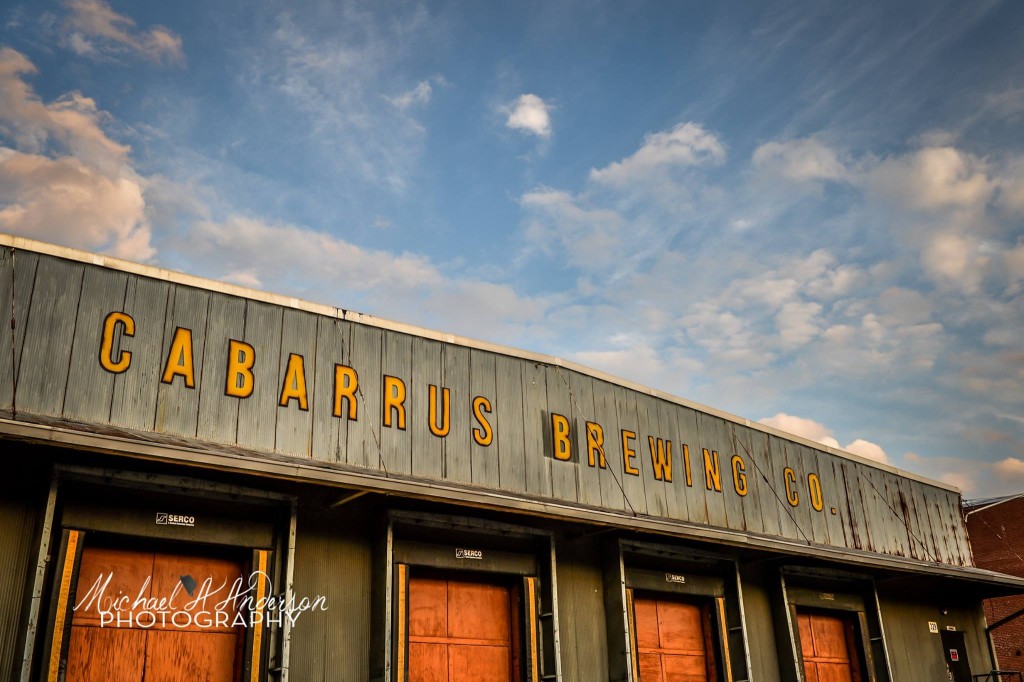 CBC has taken great lengths to preserve and showcase Concord’s history in building its brewery and taproom. How will CBC now make a name for Concord through its beers?

Number one, it starts with the people. I’m so fortunate to have two exceptional brewers in Jason McKnight and Jack Frazier. Both come from Charlotte’s brewing scene going back 10 years; Jason as the lead brewer at The Mill and Jack was one of the lead brewers at the Johnson Beer Company. They work so well together and it was really a stroke of good luck that we were able to get them on board right as they were looking to get back into brewing.

It’s exciting to hear both Jason and Jack talk about how the craft of making beer is something you never forget, and how those memories have come flooding back as they’ve been brewing test batches. We looked at so many systems when deciding on a brew house, and while the technology and automation has certainly advanced over the years, there truly remains the touch of an artisan brewer to make a great beer and these guys have just that. 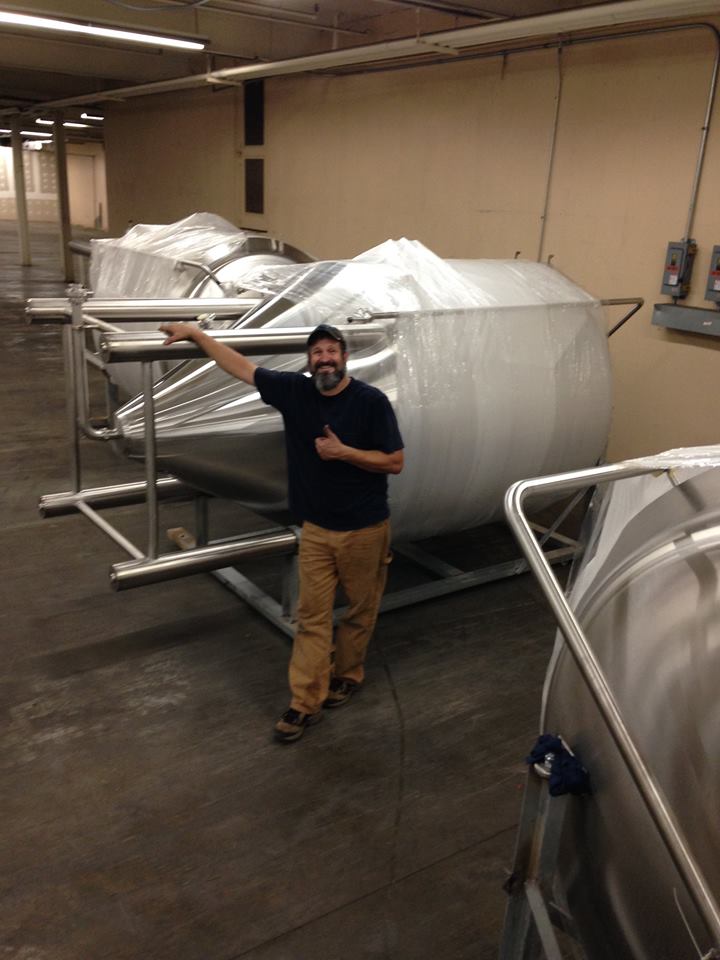 As a principal with a real estate development consulting firm, how transferable is your experience to building a brewery?

The process to move a concept through the municipal, state and federal sausage grinder for lack of a better term [laughs] is something I do every day. It’s that experience that has absolutely helped me, whereas someone who doesn’t have the experience working with local, state, government or TTB officials can get frustrated. I’ve always thought that if I can make someone’s job that impacts my business as easy as possible, well, that’s only going to help us get to where we need to be that much faster. 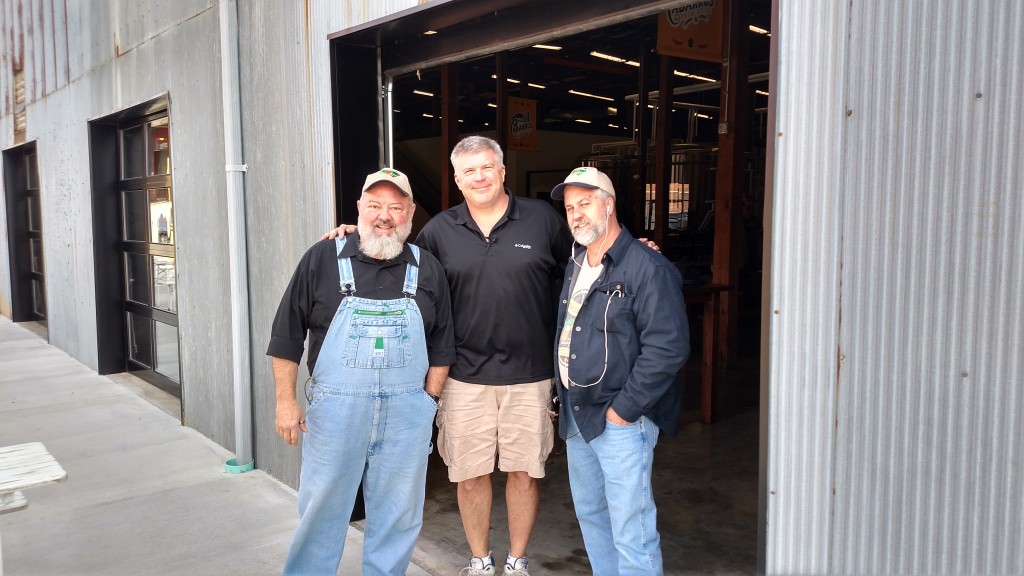 (Steve Steinbacher, center, along with the NC Beer Guys)

Which brewery would you say made the most significant impact on you as it relates to pursuing this venture?

It was pretty comical, actually, I did a lot of “research” and visited no less than 200 breweries during the past 24 months. Along the way, I’d talk with everyone whether it was someone working behind the bar, a brewer or the owner. And I’d ask what they would do differently; what would you run from, not necessarily walk away from. That provided a tremendous amount of insight, guidance and most importantly some great ideas that we’ve been able to incorporate here.

We have a very similar brewing system as Southern Pines so we spent a good deal of time with them, and here locally, Triple C has been absolutely spectacular in helping us. On one of our brewery visits, I brought my father to Sycamore and as he was waiting for his beer, a patron tapped him on the arm and asked, “Don’t you just love the vibe here?” So throughout this process, we’ve constantly talked about the importance of having that vibe. 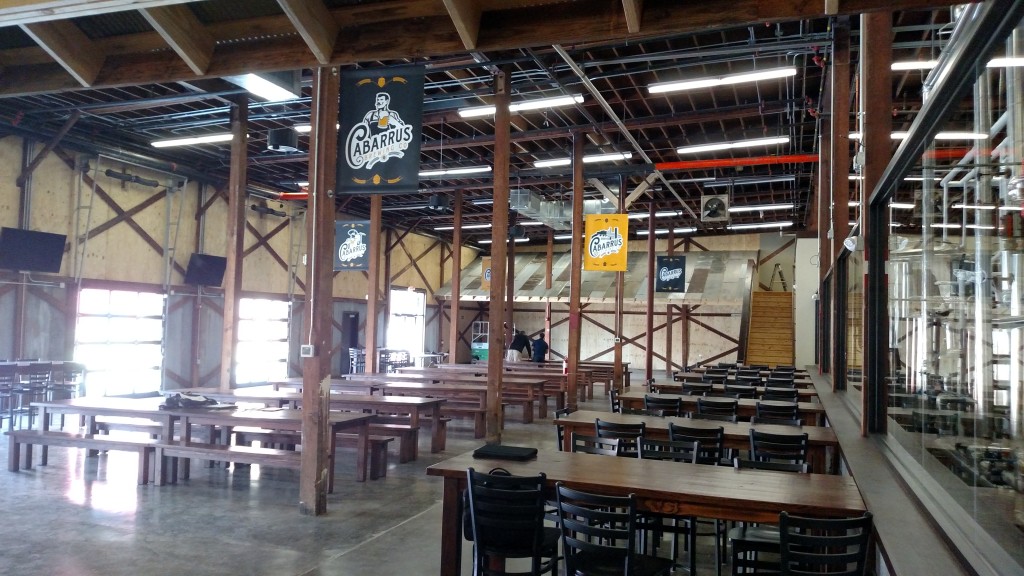 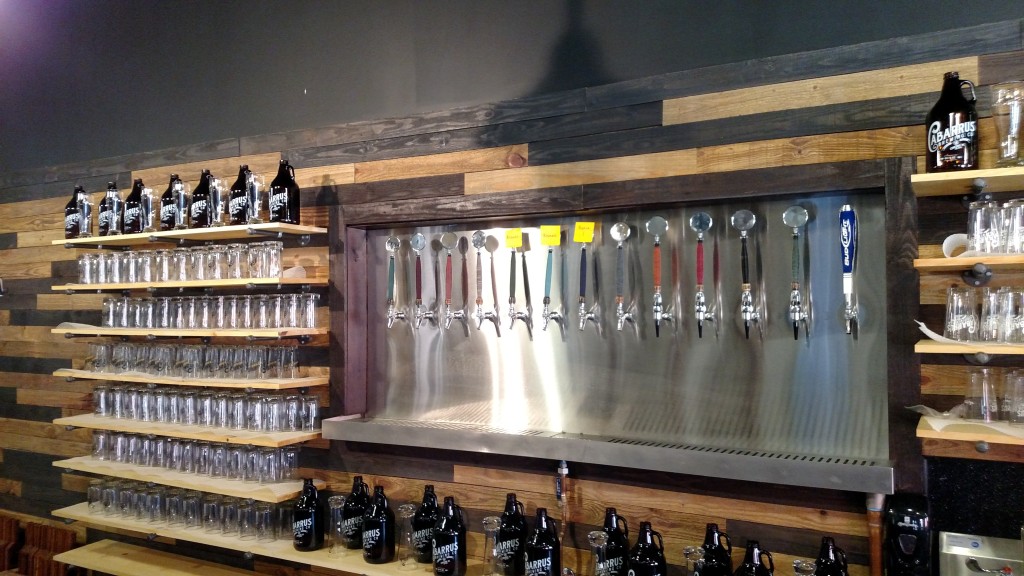 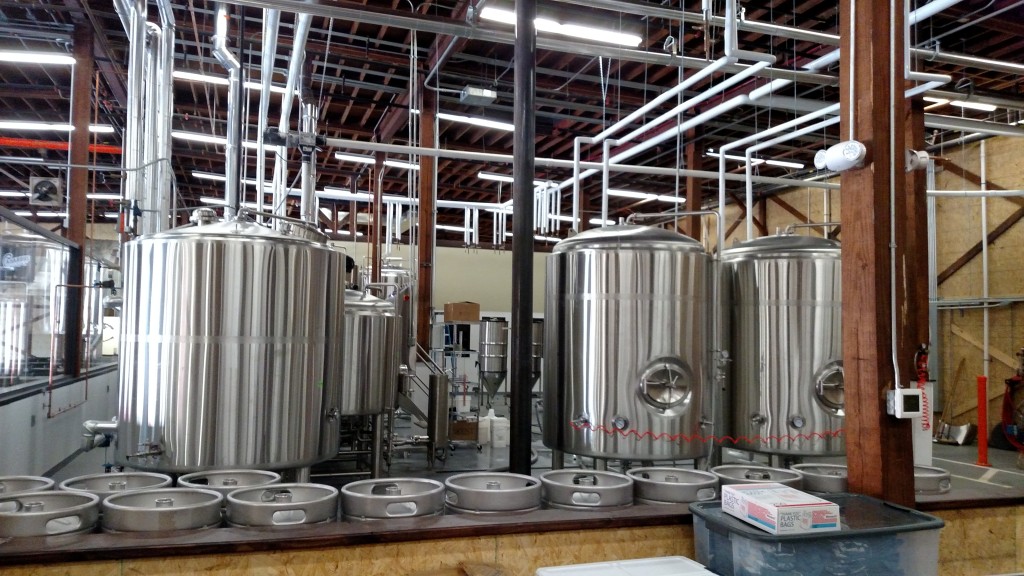 Your taproom includes space for a commercial grade kitchen. Tell us about what we can expect from a food standpoint at CBC.

Well, it’s not quite ready yet but we’re excited to have a food component which I believe is such a vital part of the brewery experience. We’re partnering with a local restaurant concept, which we’ll announce soon, that is really hitting its stride. In the meantime, we’ll serve food at our grand opening, and at least in the near term, on a mobile basis.

Bonus question: we know Jason and Jack are the brewers, but what beer would you most like to brew if it were up to you?

One of my favorite beers, and it’s one of the most basic and simple beers, is Hofbräu. I’ve been to Germany several times over the years, and my son is studying abroad there now so, yes, I’m looking forward to seeing him but I’m really looking forward to hoisting a Hofbräu [laughs]. 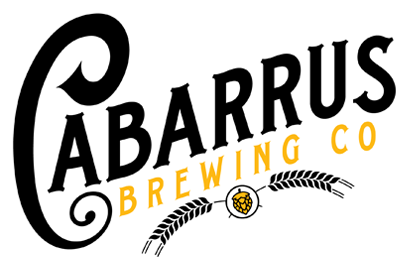