Inspired by his experience as an undergrad in Bozeman, Montana, Full Spectrum Brewing Co. founder Charles Bergman brought home a can-do-anything mindset to his hometown of Fort Mill. Along with head brewer, Troy Bigelow and Charles’ sister-in-law, Sara Bergman, the three partners have been building a business and perfecting a lineup of core and seasonal beers. Their modest 1-barrel system has been a workhorse keeping up with a steady taproom since opening late August in a popular shopping area off exit 85 on I-77.

With healthy demand and an ever-increasing craft beer appreciation developing just over Charlotte’s border, Full Spectrum is primed for expansion and hopes to pave the way for other breweries to open in the Fort Mill area.

Before the next brewery community proliferates in Fort Mill much like that of NoDa and South End, we look forward to welcoming Full Spectrum to its first QCBF. 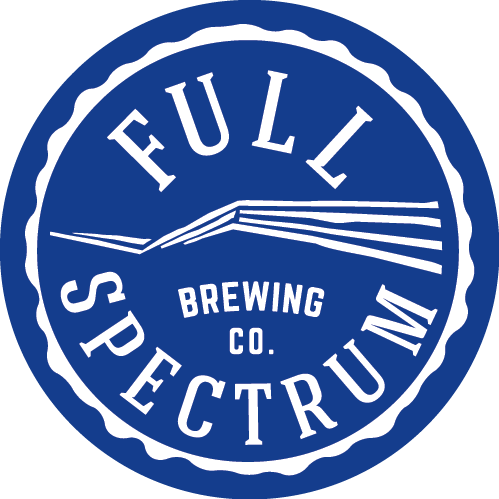 You were inspired by a great beer town in Bozeman, MT. What specifically about Bozeman’s beer culture inspired you, and how have you incorporated your experience there into Full Spectrum’s beers and taproom?

What struck me about Bozeman and Montana in general is that the people there have a “figure it out and do it yourself” type of mentality. I was just getting into craft beer as an undergrad in Bozeman and was amazed that the beer being made locally, and only available in that area, was outstanding. Beer didn’t have to come from a national brand with a ton of history to be good. I think it was the fact that quality beer could come from anywhere is what really inspired me.

Taking that Bozeman mentality back home here to Fort Mill has helped me to start a brewery. I’d like to think I’ve given my friends a reason to not always hop over the border for a visit to a brewery in Charlotte [laughs]. 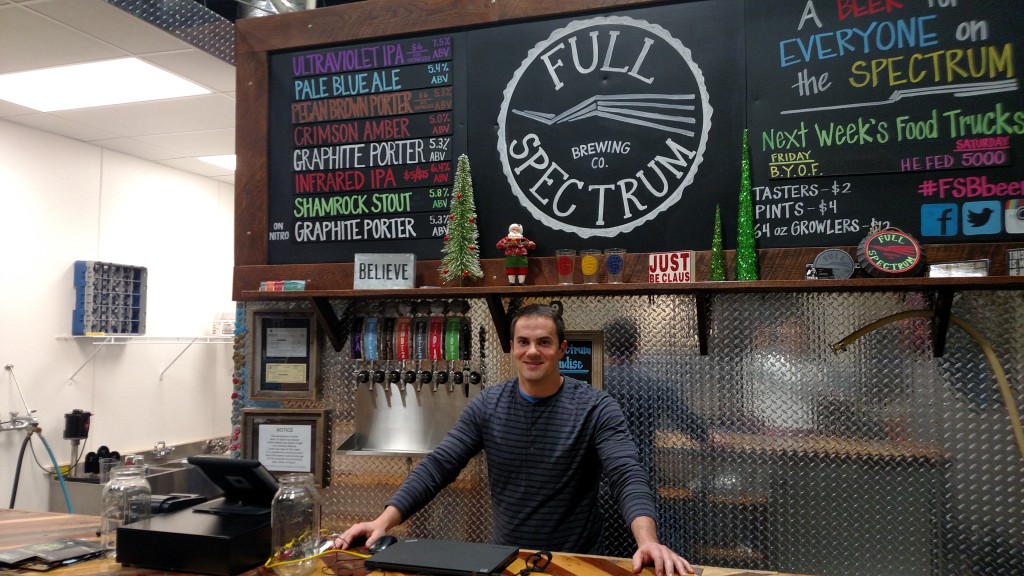 As Fort Mill’s first brewery, how has the local community responded so far?

It’s been interesting and not what I expected. We are Fort Mill’s first brewery, no question about that, however, you may have heard of a brewery called Skull Coast that was incorporated here but never actually brewed in Fort Mill. We are officially the first production brewery in Fort Mill.

All that said, there has been a healthy amount of education not only in terms of beer basics, but also with how a tap room functions. Explaining things like: we’re not a bar that stays open till 2am, we don’t serve liquor or wine or cider, we don’t make food and we’re not a place to go get shitfaced on Friday night. These types of messages I was not expecting to explain. So along those lines, we’ve had to temper the complexity of the beers we make, at least for now. IPA, as you well know, is the leading style right now so we’re not shying away from the hoppy brews like our Infrared IPA, Rose IPA in the warmer months and most recently our West Coast Style Ultraviolet IPA. But generally speaking, our beers at this stage are the core styles like Pale Ale, Stout and Golden Lager, and they’re brewed exceptionally well.

Our customers are regular customers so it’s been great bringing them through the education process. These Fort Mill palates might someday develop an appreciation for sours [laughs]. 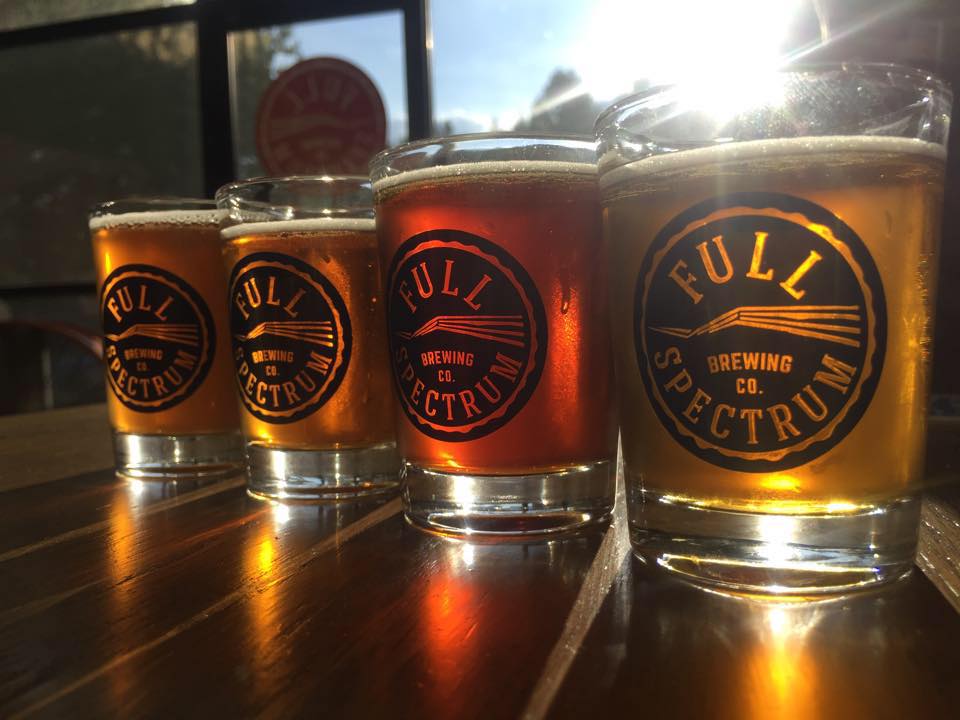 You’re operating on a modest one-barrel system as you perfect your beers and grow a following. What is the vision for Full Spectrum from a production and distribution standpoint?

Troy, our head brewer, is a freaking nerd and I mean that in the nicest way possible. He’s an absolute wizard, and there’s no question his software development background can be attributed to that, and we’re so lucky to have him at Full Spectrum.

Our philosophy from the get-go, and man did I have to sell Troy on this, is to prove we can produce a very high-quality product on a really small system and scale up once we knew the demand and the market was there. In other words, I’d rather make a mistake on a 1-barrel system and it cost $400 than on a 10 or 15-barrel system where it’s more like $4,000-plus.

We were at a point not long after opening when we knew the beers were quality and the demand prevalent enough for us to explore a bigger system. We’re excited that plans for expansion are underway. 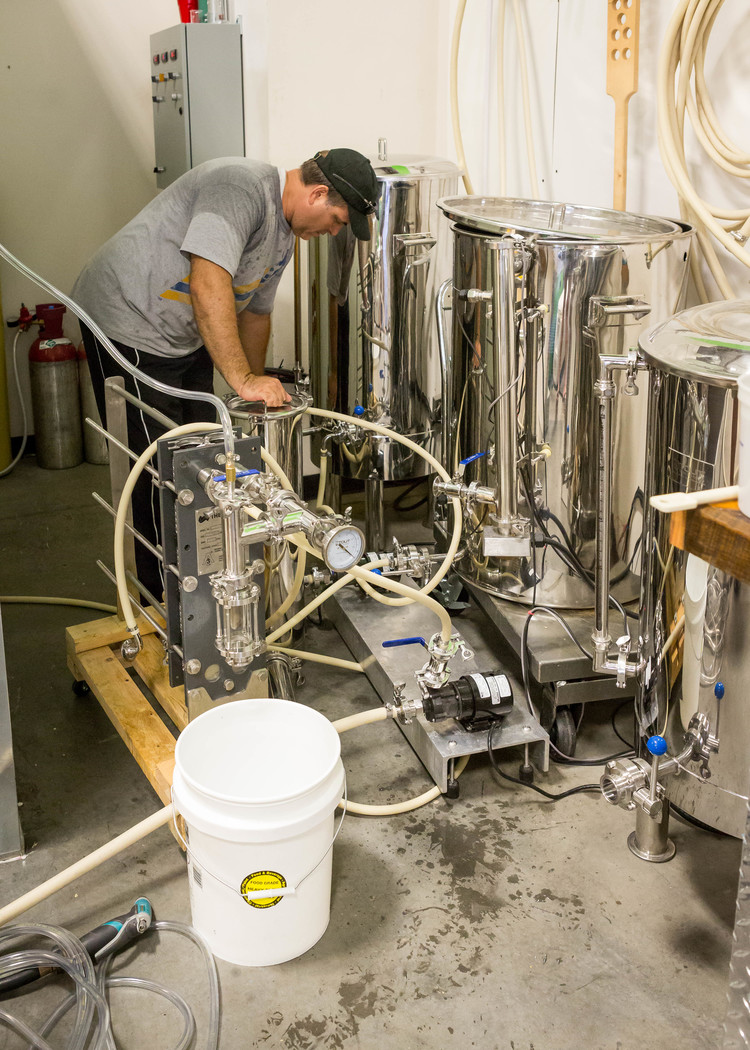 (Troy and his buddy)

Your experience in the Army and being in the CrossFit business naturally bring a vision of intensity to mind. How does operating a brewery balance your life?

It totally is a balance. I got into CrossFit through running and I got into running through the Army. Having been in the running and CrossFit community, myself and others always appreciate a nice beer with flavor and character after a run or workout. It’s no secret that beer is the ultimate reward after a great workout; just look at where run clubs typically start and finish: a brewery or a bottle shop.

From a business sense, it can be extremely intense being a small business owner. You wear so many hats, are accountable for everything and you usually feel like the day has no end. But in terms of operating a brewery taproom and the brewing process itself, those are the laid-back aspects to the business. It’s the joy that comes from sharing great beer with others that makes this business so worthwhile. 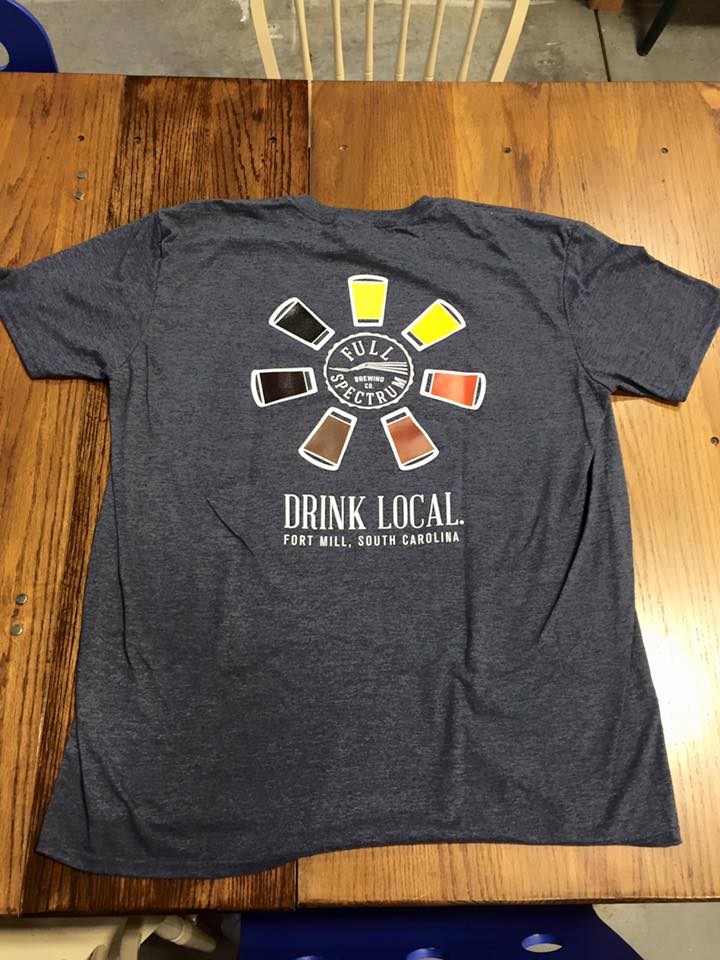