QCBF last sat down with owner/brewer Townes Mozer back in December 2012 when his company was then called Lenny Boy Tea. Almost two years to the day we find ourselves in a totally revamped tap room bearing 14 taps; the majority of which now flow with wild and organic beers. Hence the company’s modified name, Lenny Boy Brewing Co.

It seems time flies even faster when you’re brewing kombucha and beer. We catch up with Townes and co. before Lenny Boy hits its next growth spurt.

Rewind the clock two years and Lenny Boy was brewing organic kombucha exclusively. Was beer always in your  master plan, and will you expand to even more varieties of fermented beverages in the future?

First off, I have to say that the 2013 QCBF was huge for us. It was our second-ever festival [Charlotte Oktoberfest 2012 was Lenny Boy’s first fest] and it gave us a big boost to start off the year. So cheers to that [taster glasses clank].

There’s no question Lenny Boy has evolved since we sold our first bottle of kombucha back in December 2011. It was January of 2013 when we became certified organic, and god bless all the paperwork, we got our microbrewers permit in September of 2013.

Beer wasn’t part of the master plan; it was just wholesale kombucha, not even a taproom. We took it one step at a time and though we’ve experienced some growing pains [Lenny Boy was forced us to shut down the tap room for a few months in 2013 to upgrade its power supply], we’re in a good place. After several festivals with the same feedback, we knew we needed to offer a beverage with alcohol. So I did a little hunting and discovered this three-barrel beauty from a brewery in New Hampshire that was upgrading to a 30-barrel system.

As for other offerings like mead, that would require a winery permit and I’ve seen more than enough paperwork for the time being. But I’ll never say never [laughs]. 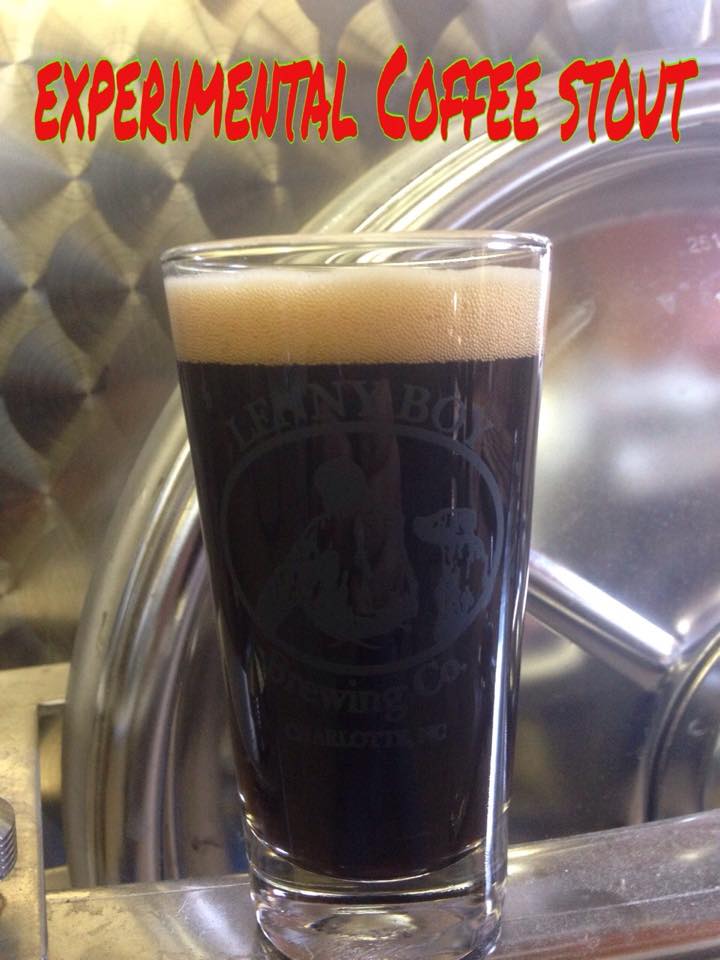 Your taproom has also undergone an extensive transformation and expansion. What do you like most about its atmosphere and any further enhancements on your mind?

We call this the Lenny Boy living room [motions to the taproom bar and lounge area]. I like the hominess to the taproom; it’s manageable and totally non-overbearing.

Improvement-wise, I’d really like to add more taps for more kombucha styles, but we’re pretty much maxed as is. By next football season I’ll put a nice big TV up on the wall so folks can kick back during game time. 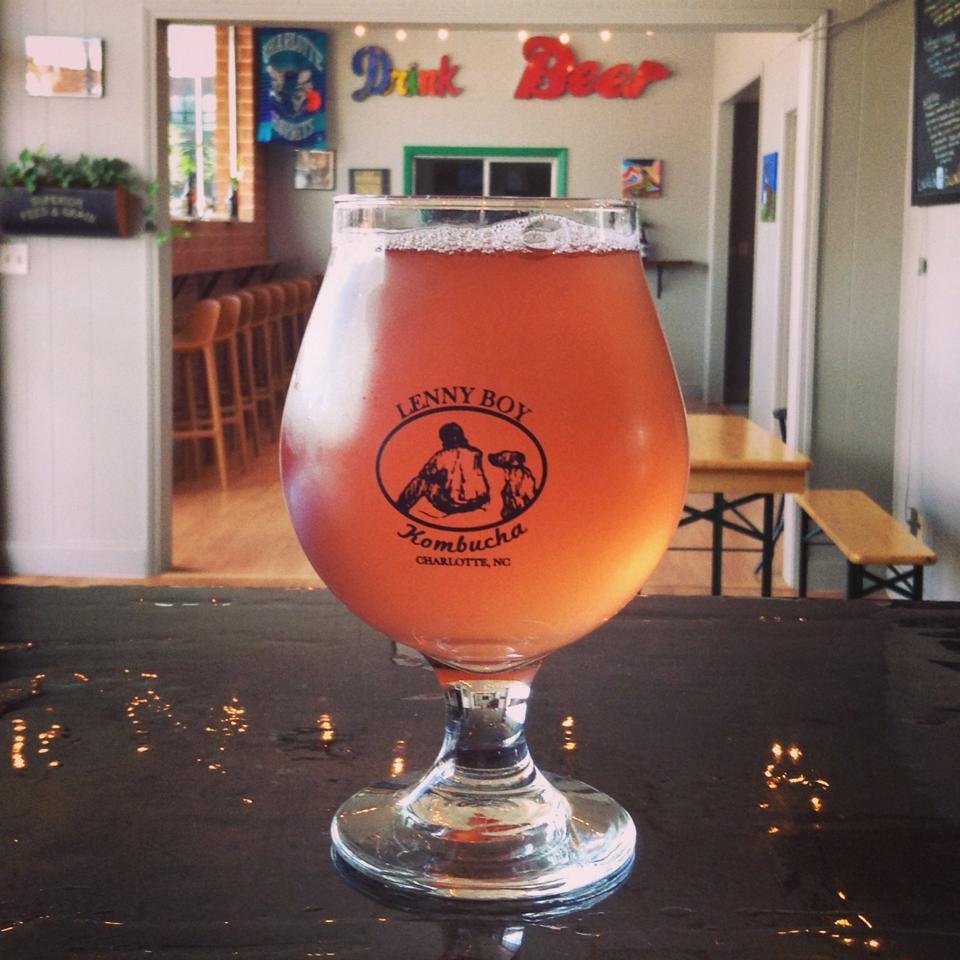 Lenny Boy’s bottled kombuchas can be found at a wide variety of retailers like Harris Teeter, Healthy Home Market and a number of healthy living stores. Will you bottle your beers in the future as well?

That is the plan in 2015. I’m in the process of looking at a bunch of different beer label designs, including a redesign of our kombucha labels. As far as the beers, they’re all organic and we’ll use 12oz bottles with some really cool branding to differentiate from the kombucha bottles.

You can expect to see specialty beers like our coffee stout, The Magellan (spiced brown ale), The Mirage (Belgian Tripel), a couple of our sours and one or two others that’ll complement our core year-round beers that you can find on draft throughout town.

What new ingredients – kombucha or beer – are you most looking forward to brewing with in 2015?

My favorite time of year is the last month of spring and the first two months of summer where there’s a new fruit or variation of produce we get our hands on. From blueberries early in the season to melons later in the grow cycle; it’s a really fun time to be brewing our kombuchas, and to work closely with the farmers.

On the beer side, we’re coming out with a yet-to-be-named blonde ale brewed with grits. It’ll come out in March to be on the front end of spring, and it has a really nice crispness to it which pairs perfectly with the early part of the season. 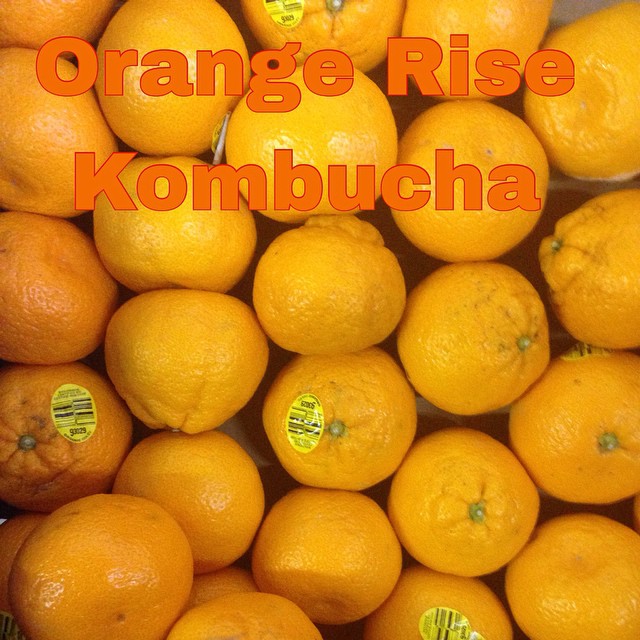 Lenny Boy recently collaborated with the Cabarrus Homebrewers Society on a specialty beer and has held brewing demonstrations with the Carolina BrewMasters. How does our award-winning homebrew community inspire/motivate/challenge you and your brewers?

The homebrew clubs have welcomed us with open arms. I think they can relate to Lenny Boy because most would consider our scale to be glorified homebrewing [laughs]. The Carolina BrewMasters have been big advocates for us through Charlotte Oktoberfest, inviting us to present at a club meeting and even putting on a brewing demonstration here at the brewery.

One event I’m really looking forward to is the release of the CABREW Common on Jan. 17 here at the taproom. We’ll have about a dozen different beers made by members of the Cabarrus Homebrewers Society using our Lenny Boy Common as the base beer and all sorts of hop additions from nearby Elma Lomax Farm in Concord. Yes, all the hops used in the beer are organic [laughs].

Another connection that we, along with a number of Charlotte breweries, have is brewing talent from Alternative Beverage [homebrew supply store]. John, our beer brewer, was working at pretty much the Charlotte brain center for recipe formulation, efficiency and problem-solving. Homebrewing will always be in our blood.