Led by Brad Ledbetter, a software engineer by training, and a team of brewers also with engineering backgrounds, you are bound to discover some level of quirkiness at Thirsty Nomad Brewing. A classic example of their unique humor can be found on their Facebook Story section:

“Thirsty Nomad Brewing is a nano-brewery in Charlotte, NC. Our goal is to provide you with good beer in a unique, comfortable tap room. People have been telling us we’ve succeeded in that, which is nice.”

The cozy taproom and brewery is located inside an office park at 4402 Stuart Andrew Blvd, Ste A, Charlotte, 28217. The Thirsty Nomad sign at the office park entrance may be small, but it was a welcome sight. We met with Brad to talk steampunk, brewing philosophy, trends, and with the New Year just days away, goals for 2017.

Speaking of the New Year, you are invited to ring it in at the Thirsty Nomad taproom Saturday night. Check out the event details. 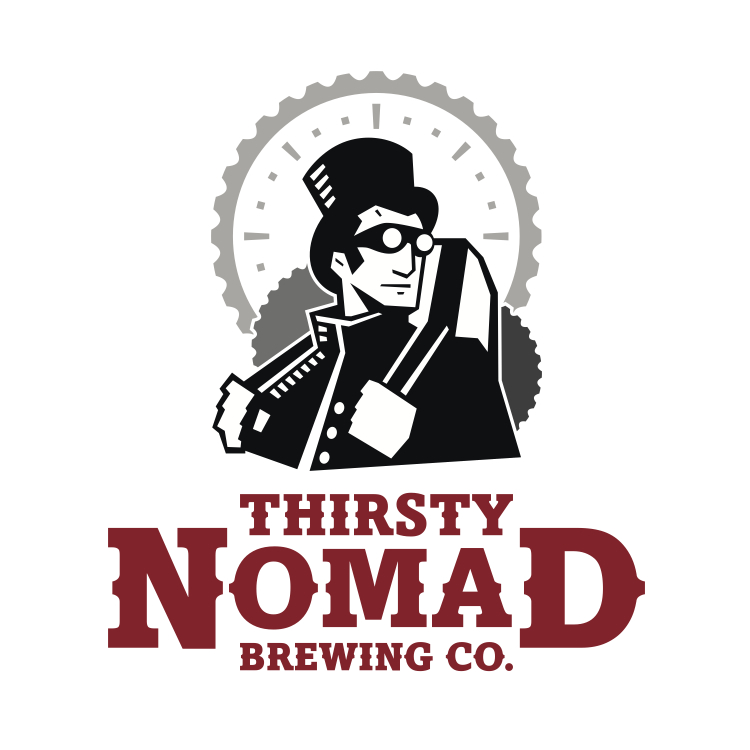 Thirsty Nomad is Charlotte’s newest nanobrewery with a unique theme and identity. Tell us how you got into steampunk.

It was kind of an accident. A lot of people ask, “well, what is steampunk?” and when you mention films like Will Smith’s Wild Wild West or The League of Extraordinary Gentlemen they’ll say, “oh, I know what that is.”

When we were designing our logo, one of the first versions we reviewed was very steampunk: a guy with a backpack with smokestacks billowing behind him, carrying his gear. I liked it and decided to pursue it which led to our brand identity and taproom’s style. I’ll never be one of those guys that’ll go out to a steampunk convention, but what I really like is that it speaks to the melding of art and science that is craft brewing, and that’s how I approach a lot of things. 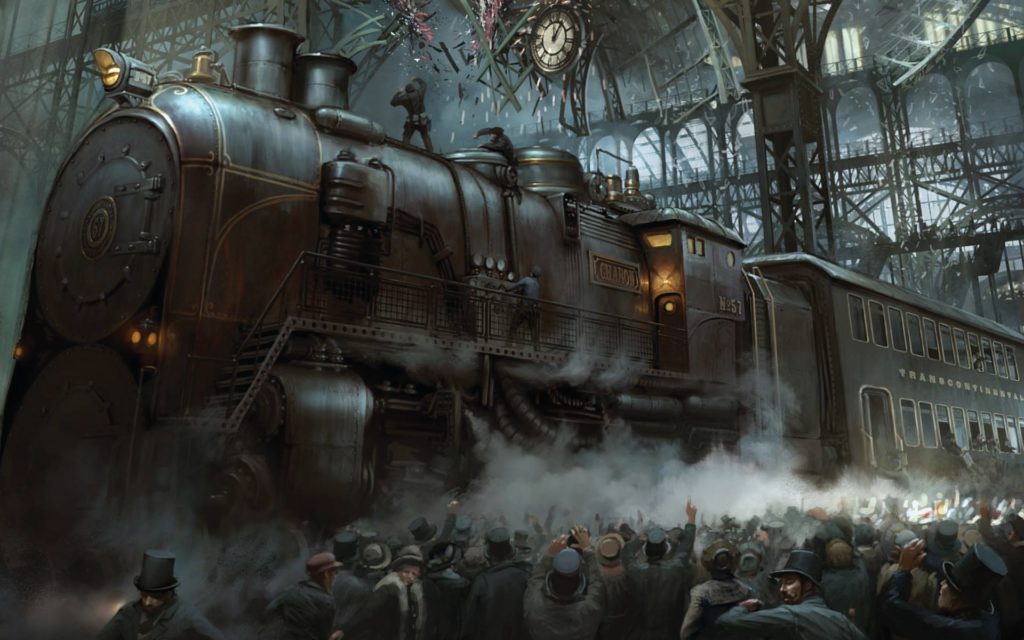 Your brewery opened this past July. What has been the most surprising lesson you’ve learned so far on the brewing and business side of running Thirsty Nomad?

On the brewing side, I’ve learned it’s much easier to scale up from 5-10 gallons to 30-100 gallons than I expected it to be. Industry folks have said that we’re going to have a hard time with the transition from homebrewing, but they’re scaling up many more orders of magnitude than I was, so by and large, the recipes are essentially the same. That was a nice surprise.

On the business side, you often hear that you’re going to end up doing everything, and you expect that, but then you get into it and realize you are doing everything and not qualified to do half of it [laughs]. 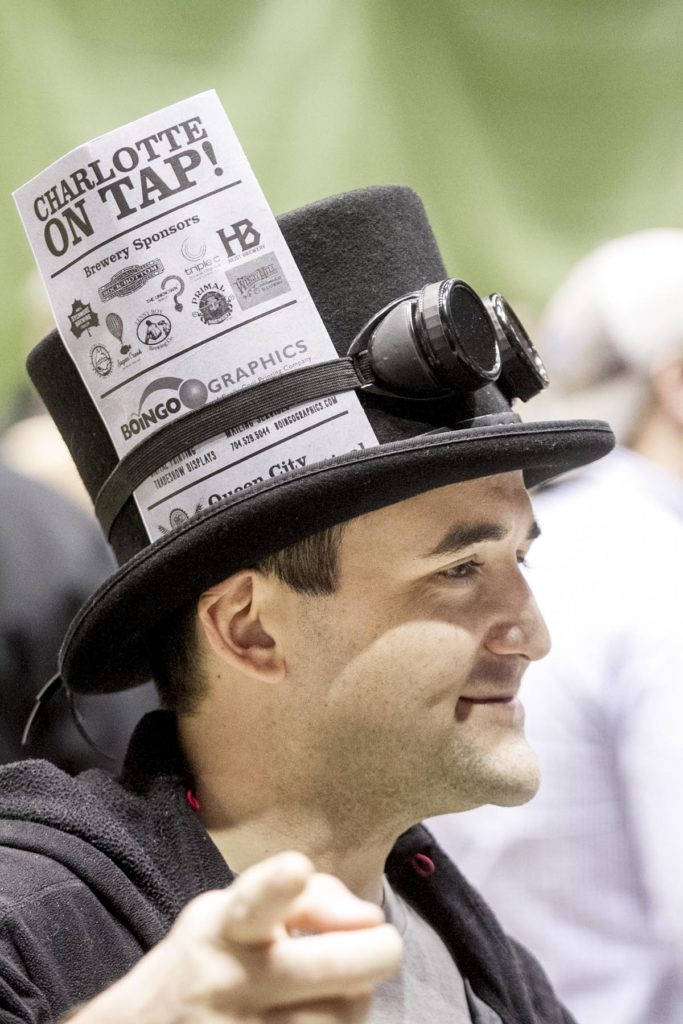 You list all of your beer recipes, over 150, in a public folder. What has the response been like and has it led to changing existing recipes or the creation of new beers?

When I tell people we do in fact list all of our recipes online, I’ll get one of two responses. The first is along the lines of, “Really? Well, that’s really cool.” Usually it’s people with an engineering type of background that have worked with open source, which is where I got the idea from. The other response is, “Aren’t you worried someone is going to steal your recipes?” And the answer to that is, “no, not at all.” You and I can have the same recipe and the beers we make are going to turn out differently. It’s the vagaries in the process that make it craft brewing.

As far as the creation of new recipes, that’s never been a problem for me [laughs]. We invite a homebrewer to create a beer with us each month and I try to give as little input as possible and that has led to some new ideas I may not have otherwise thought of. 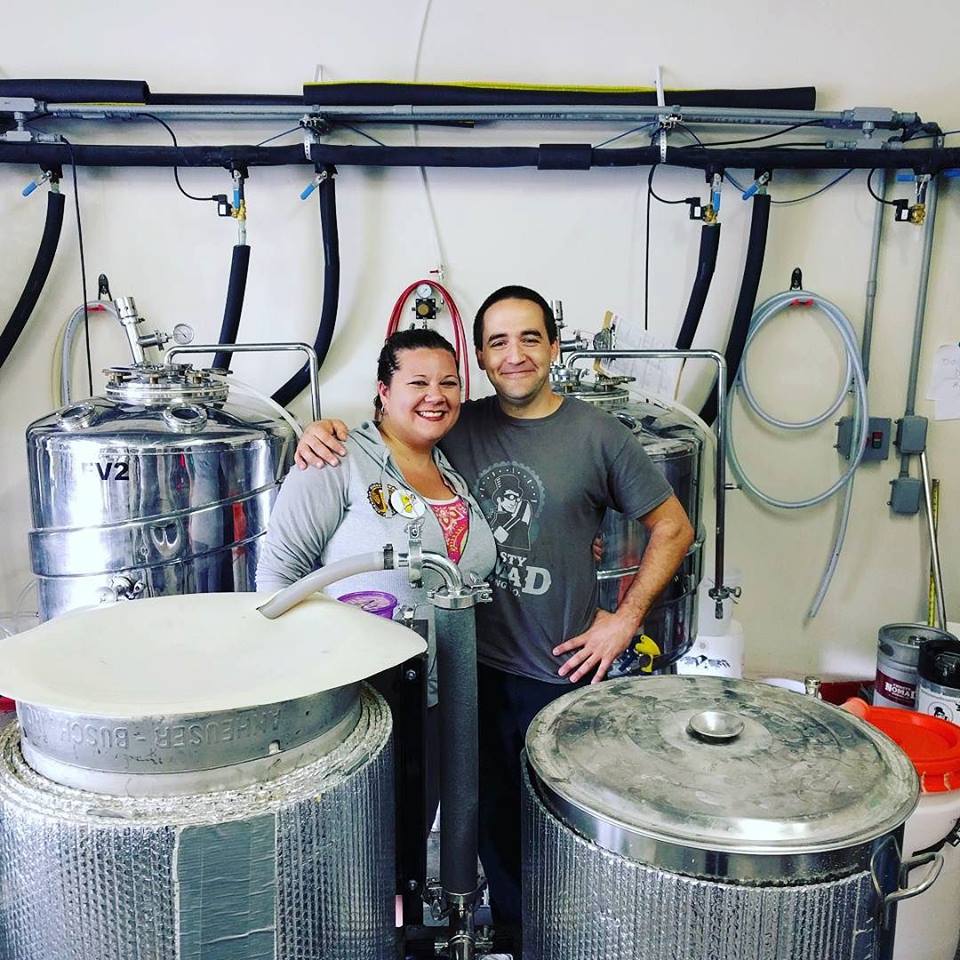 Tell us about Thirsty Nomad’s brewing philosophy and what trends you have noticed from your taproom customers.

I try to approach brewing from a very disciplined engineering perspective and still leave room for creativity. At the same time, I’m not opposed to changing a recipe day-of if it doesn’t look, smell, sound or feel right.

As far as trends, so that thing about an IPA being the best-selling beer, well, I feel if I called our chocolate stout a black IPA, it would sell more than anything else. It might get terrible reviews because it’s nothing like a black IPA, but people would still buy it because of those three letters. 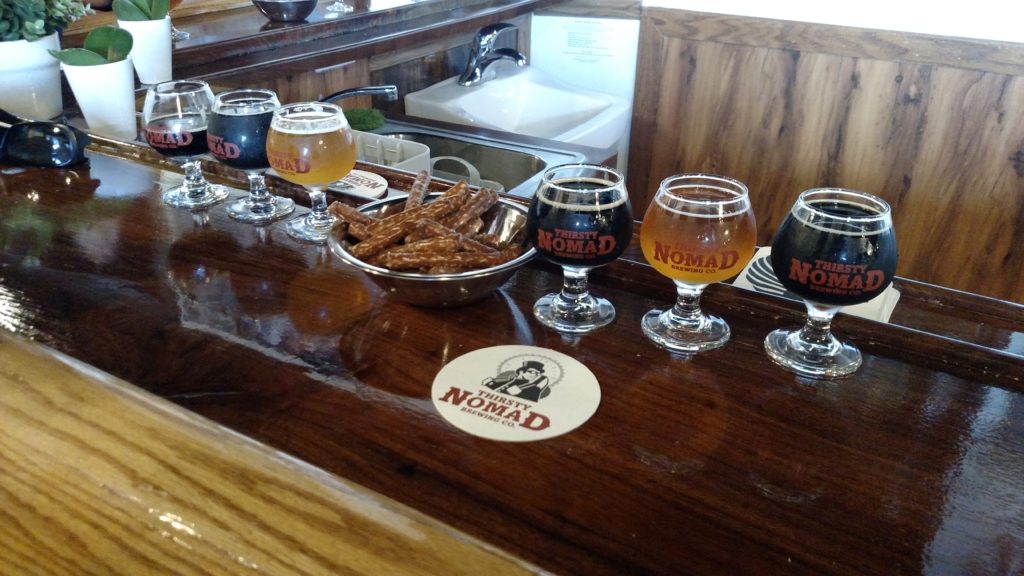 We’re knocking on New Year’s door. What are your top three goals in 2017?

We’d like to upgrade our brewing system so we don’t have to double batch to fill our fermenters. We’re also planning to roll out a newly designed tap handle; let’s just say the first edition is interesting. Finally, we’re working to transition from growler fills to bottle releases at the taproom only. And to kick things off, we’ll be throwing a New Year’s Eve bash complete with a hors d’oeuvres, four new IPAs, live music and a classy Belgian beer toast at midnight. 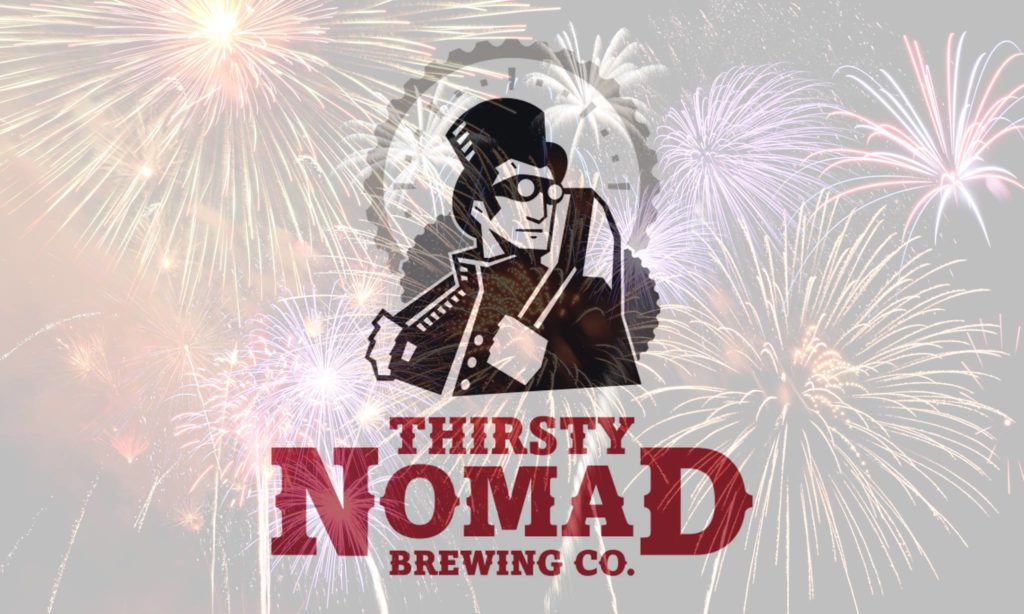