This is the entry you’ll find using dictionary.com. And this is the experience you can expect entering Sycamore Brewing’s taproom and meeting the brewery’s owners, Justin and Sarah Brigham.

The always-smiling, ever-gracious couple took a beer break and chatted with QCBF about their journey leading up to their Nov. 1st grand opening, brewing (of course) and sprinkled in some Charlotte trivia for good measure. 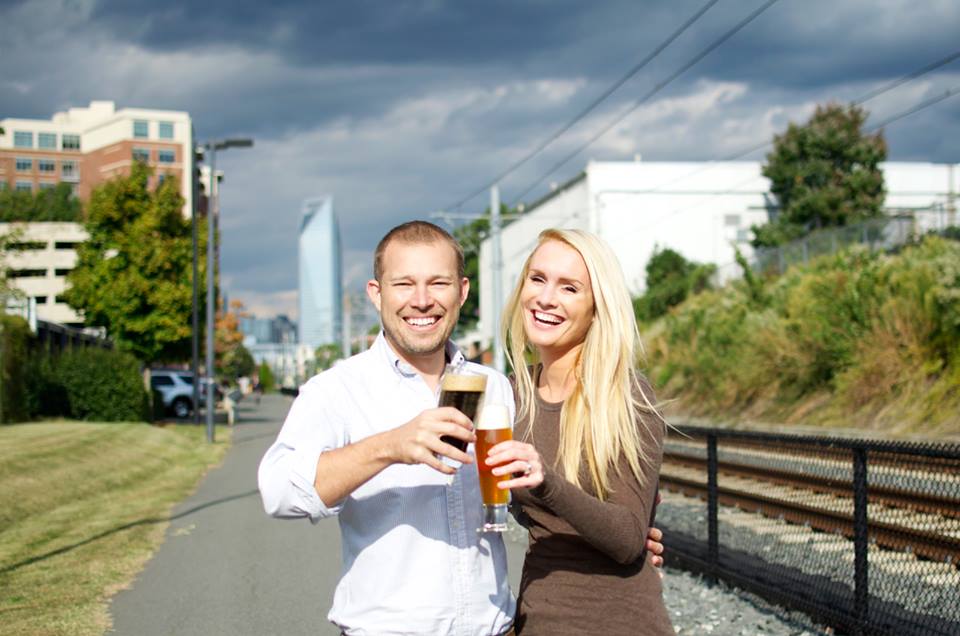 Sycamore came out of the gates strong at its grand opening a few weeks ago. Did you anticipate such an enthusiastic turnout and how did you make such a strong connection to the Charlotte beer community before opening your taproom doors?

Sarah:  It was overwhelming, in a good way. We always knew we had strong support from the South End and surrounding neighborhood, but we didn’t anticipate our reach to go so far beyond that so it was a welcome surprise and very gratifying.

When you talk about the Charlotte beer community, I don’t think you can say enough good things. We wanted to bring people into the process of what we were doing through our social media, and at the moment it’s more about the production side of the business. It’s a fascinating business on so many levels and I think our audience really enjoys being a part of it with us. 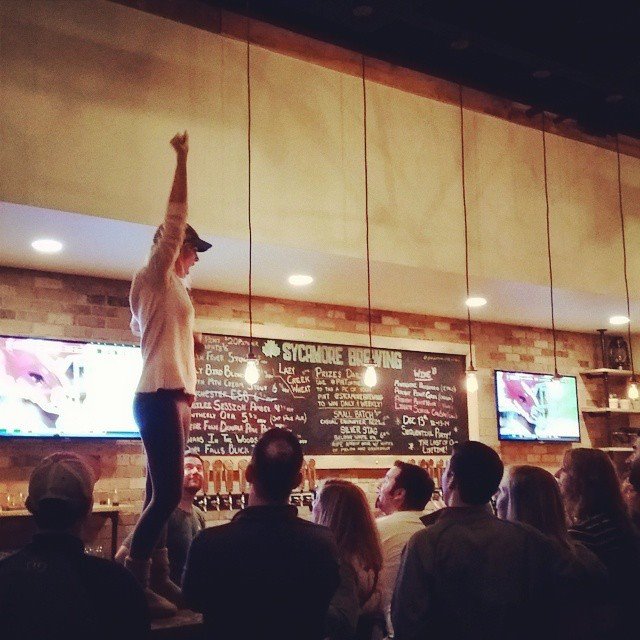 Speaking of your taproom, it is quite stunning and the only place in Charlotte to enjoy a Sycamore brew. What is your favorite aspect of the taproom?

Sarah:  We wanted to create an atmosphere that was warm and welcoming, kind of like your home away from home – that was the mission throughout our build.  We just announced that some of our bottle shop friends will be offering Sycamore beers:  Chris at Good Bottle, Michael at Brawley’s Beverage, Rob at the Carolina Beer Temple and Jason at Salud are carrying our kegs so it’s a bit of a brave new world for us [laughs].

The taproom feature I’m most fond of is the beautiful wooden walls. It’s poplar wood from a farm in Pittsboro that Justin and his dad drove home on Father’s day. They’ve got a beautiful patina to them and I just love what they add to the taproom’s feel.

Justin:  I’m pretty sure I lost a few years of my life to the bar so that gets my vote. The copper sheet on there started out totally raw, which we then sealed and added its patina and turned it into what it is now. It really was an act of love. 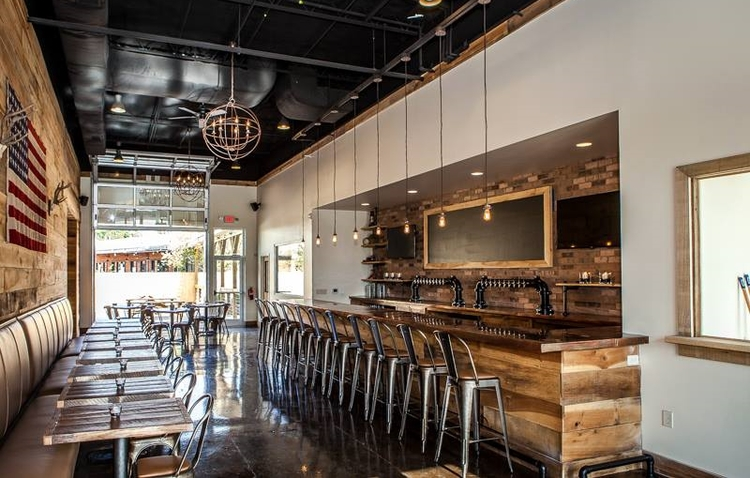 Sycamore Brewing puts a strong emphasis on the ingredients it uses in its beers. Tell us about your beers.  What is your most popular so far and any talk of collaborations with other brewers?

Justin:  That’s right, high-quality ingredients are a priority. We use local ingredients whenever possible, which is a seasonal thing and that will make for a really interesting lineup of summer beers. Our base malt, with the exception of two or three beers, comes from Scotland. It’s an heirloom grain, non-GMO and it’s the same type of grain you’d use to make a high-quality scotch so that’s pretty cool.

Collaborations, yeah, it’ll happen [smiles]. We’ve talked with our South End friends down the road at Triple C about it so at some point we’ll do something. Who knows, it could be a South End friends kind of thing. We had all the South End breweries, Triple C, Lenny Boy and Unknown, on tap at our grand opening so it would be pretty cool to bring us all together and make a beer.

One of our most popular beers is the Blonde which really showcases the Scottish malt; the IPAs we’ve released have been really well received and Jordy’s small batch Peanut Butter Porter was our fastest-selling keg. 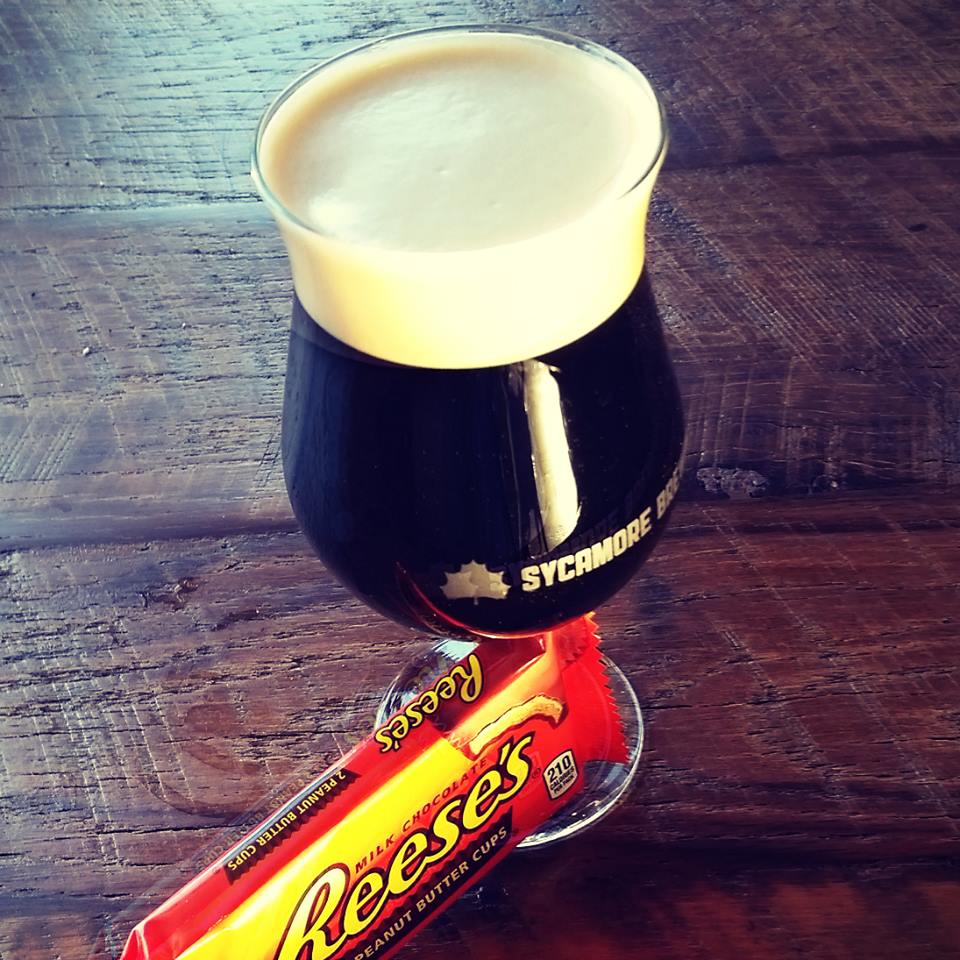 Justin: as a native Charlottean, which Charlotte athlete, celebrity or person of notoriety would you most like to serve at your bar?

Oh wow, probably Muggsy Bogues. I remember going to his house trick-or-treating back in the day and he definitely had the best candy. So maybe I can return the favor in beer form [laughs].

How did you arrive at the name Sycamore Brewing?

We wanted a name that conveyed something natural that also spoke to a place, and the Sycamore tree is found predominantly in the south so it fits us really well.

Bonus question for Sycamore brewer, Jordy Smith:  with which brewer, national or international, would you most like to create a recipe?

I’m a big fan of Jolly Pumpkin in Michigan and have traded a couple emails with Sean Brennan so it’d be cool to collaborate with him. Sorry, but I can’t guarantee you’ll see a sour beer from us just yet.

Lenny Boy Brewing Fills OutGiving Thanks for the Beer Growler