There’s no disco ball hanging from the Wooden Robot Brewery’s taproom ceiling, but with several sours, farmhouse ales, hoppy IPAs, pale ales and creative saisons scattered across its menu board, there’s a good chance you’ll be grooving to a beer with some hopped up funk when you visit 1440 S. Tryon St, Suite 110.

Wooden Robot draws its name from the notion of bringing a farmhouse brewery to an urban environment. Add Dutch and Belgian influences to its identity with a tagline like “Bier Hier!” (“Hallo Bier!” and “Drink Uniek!” were other early considerations) and you end up with a totally unique brand that co-founders Josh Patton (CEO) and Dan Wade (Head Brewer and President) have been masterfully steering since opening just four months ago.

QCBF visited with the laid-back duo on a recent Saturday morning (perfect time of day for a Nitro Oatmeal Stout, right?) to talk entrepreneurship, fall beers and future bottled offerings. 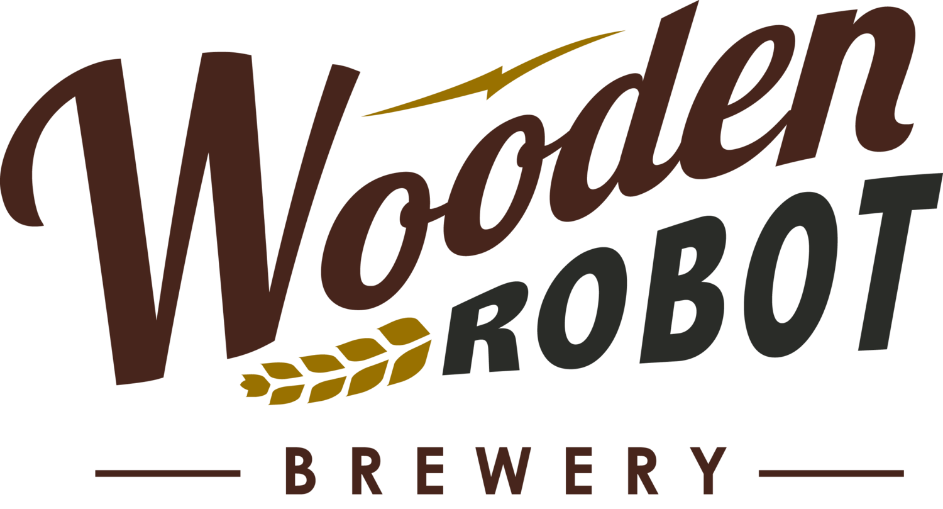 Dan, you knew at an earlier stage that you were destined for the beer industry. Josh, when did you know that you would take an exit from the corporate world and enter the land of beer entrepreneurship?

Josh: Yep, pretty much before I started [laughs]. Dan and I have been good friends since middle school days and we each got into homebrewing during our respective college years. The dream of starting a brewery was always there, and it kind of felt like a matter of time until we knew we were going to get there.

Dan: Like Josh, I knew from the get-go that a bureaucratic-laden corporate desk job was not going to cut it for me. Having experienced an internship program at GE after studying mechanical engineering in college, I seriously considered pursuing a career at GE but the internal conflict wouldn’t go away. I put in some unglamorous time cleaning kegs and sweating through brew house chores at a brewery in Florida before committing to the Masters of Science program at Scotland’s Heriot-Watt University. There’s still plenty of cleaning today, but tasting and crafting beers is definitely the more enjoyable part of my job, and thankfully more regular now too. 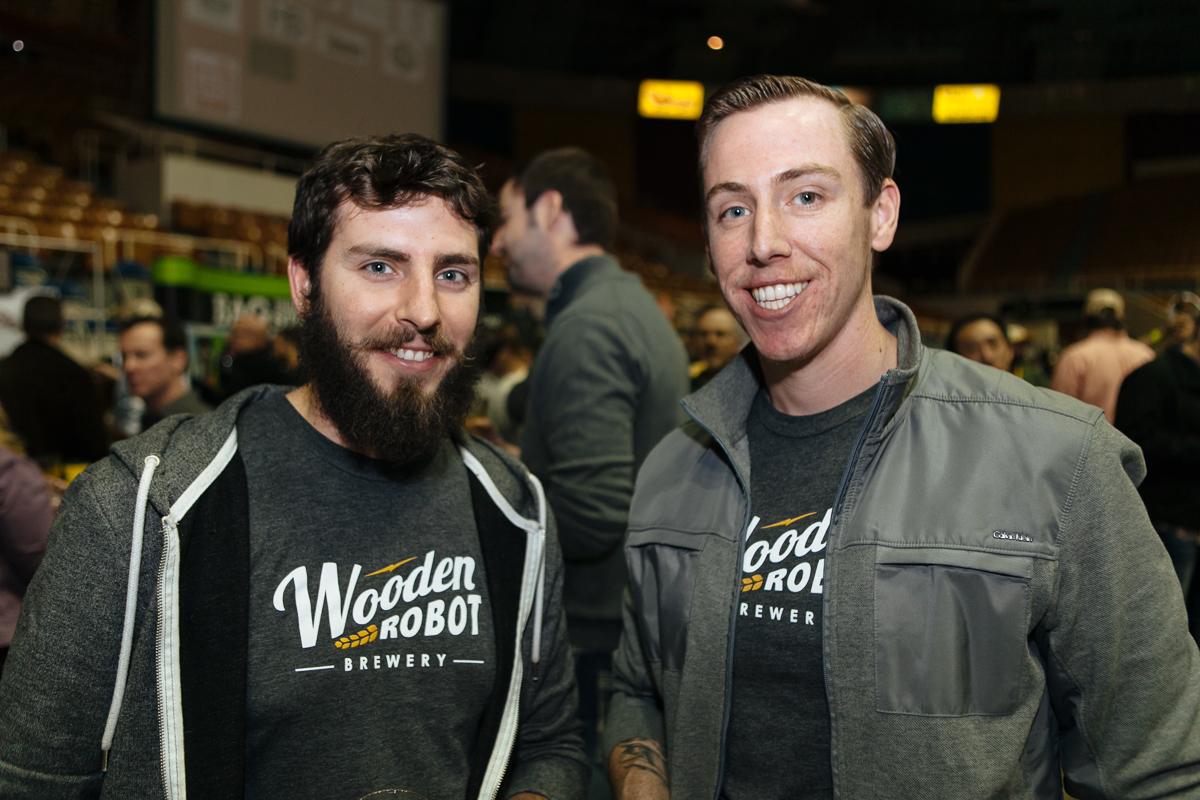 Your brewery’s location is nicely nestled in an area that has a combination of small businesses, residences and foot traffic. How did you score 1440 S. Tryon Street and were there other areas of town you were considering?
Josh: I’ve been a South End resident for four or five years now so it was definitely an area I highly considered, but we weren’t exclusively looking at South End.

Dan: It’s great, I live maybe five blocks from the brewery so it couldn’t have been drawn up any better. We looked in NoDa and in Plaza, but nothing really jumped out at us. Sometimes it just takes luck and we couldn’t be happier with our situation – the residences, businesses, light rail and a supportive landlord with a long-term lease – it’s all here.

With fall upon us, what beers can we expect from Wooden Robot with cooler temps becoming the norm?

Dan: Our beer lineup is a function of the seasonality of local produce so you’re seeing beers like our Sweet Tater pie Red Ale, more warming and higher ABV beers like our Belgian-Style Dubbel and I’m really psyched to work with our beautiful red wine barrels from Napa Valley. Barrel-ageing, specifically red wine barrels, is a big part of what we’re going to be doing. There may be a big Russian Imperial Stout or Barleywine we’ll age in bourbon barrels down the road, but our beers lend themselves really well to wine barrels. 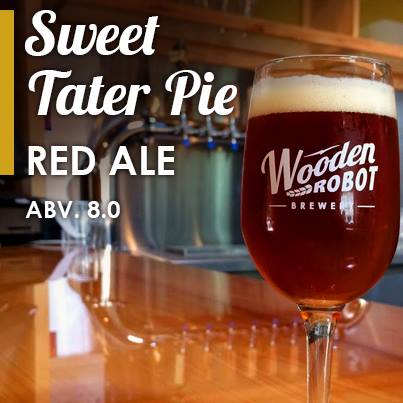 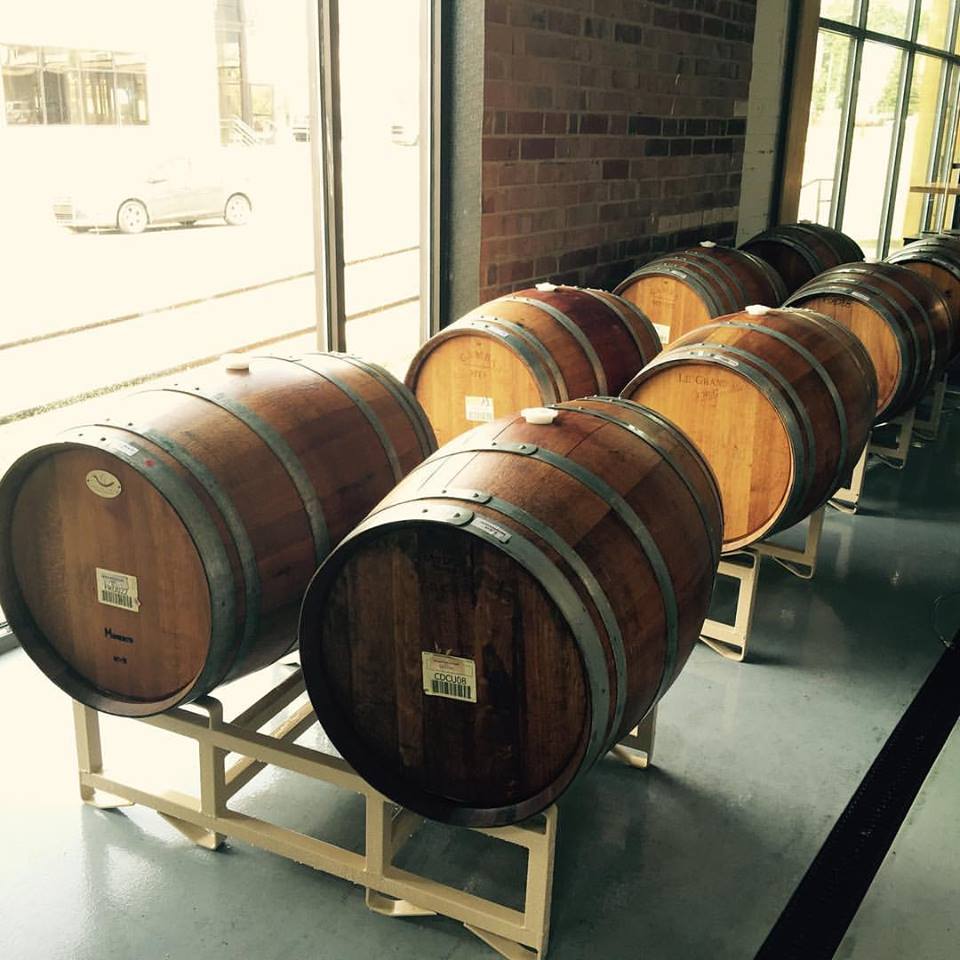 Now that you’re getting into a groove with brewing system and tap room operations, is there a chance we’ll see a beer recipe you love brewed, bottled and corked in the future?

Dan: Oh, definitely. Once we get our barrel-aged sours and wild ales through their journey, that’s when we see ourselves investing in some bottling equipment and getting to work on traditional bottle-conditioning. But those beers take time so it could be another 6 or so months until we’re ready, but definitely worth the wait.

Josh: We’re also starting to get into the retail space so you’ll be able to find us on draft at the core bottle shops like Good Bottle, Brawley’s and Salud among others, so that’s an exciting move for us. The support we’ve had has been simply awesome. 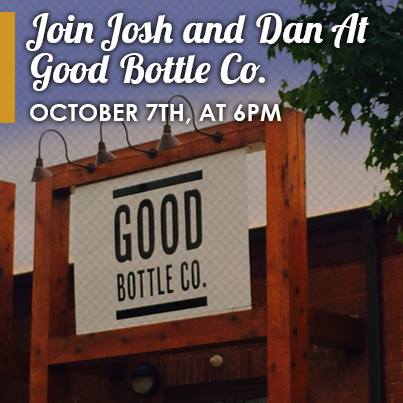